Isaac Childs has the perfect life—until that life comes crashing down when his wife Ramie vanishes.

Isaac learns that his wife’s disappearance is the ninth in a string of similar cases. In the wake of this news, he struggles to cope, to be a good father to his daughter and college-bound son, and to reclaim something of an ordinary life even as he conceals his troubled past.

After the FBI makes an arrest, and his wife is presumed dead, Isaac begins to move on. Yet will his secrets catch up with him? Has he conquered his vices for good? And what of the FBI’s theory that the case isn’t completely resolved, after all?

An American Family is the first in a duology by Jackson Baer and is a poignant study of family and how this unit can breakdown or evolve over time. The book obviously centres around the disappearance of Ramie Childs but the soul of the book is derived from the impact this has on her family and how they come to terms with, and try to move on from, the ordeal. I flew through 80% of this book in one day as, once it gets going, it’s a story that you can’t put down due to the call of those unanswered questions and frequent mini cliff-hangers of sorts.

One of the most interesting things about this book is the structure in which it is told. An American Family is different from a lot of crime writing in that it is not a ‘whodunnit’ tale. In fact, the man responsible for abducting these women is identified very early on, which I found surprising as I was expecting to wait until the end for such a revolution. (However, that might just be due to my lack of experience with crime writing.) The book is, therefore, told through two perspectives – two stories running alongside each other and meeting at certain points. On the one hand, we read about the lives of the Childs family and their struggle to deal with Ramie’s disappearance and move on in different ways, which could easily have been a story it’s own. On the other, we have Agents Faith and Noah investigating the case and gradually finding each important piece of evidence. I liked the way these two accounts progressed simultaneously, meaning we got to know two very different sets of characters and the different worlds they inhabited. I also think that Baer did an expert job in arranging the two narratives so that we got the right information at the right times, always waiting for more.

As stated previously – and, importantly, as the title suggests – the absorbing part of this book is its exploration of the Family, what this means and how it can change. Baer does not paint the picture of the perfect idea of family we know from Hollywood films and happy-go-lucky tales. Rather, he illuminates how a family that looks picture-perfect from the outside, can be extremely dysfunctional behind closed doors. Even before the disappearance of Ramie, we find out that the Childs family is one that has been plagued by medicinal addictions, alcoholism and adultery. The idea of dependance and its damaging nature is prevalent in this novel, with characters giving up their addictions and replacing it with love – a dangerous notion because what happens if that love runs out? There is a clear argument in Baer’s writing that you cannot depend on one human being to make you happy or satisfy a craving, since one character turns to alcoholism as the result of a breakup. We are also forced to question throughout the novel how deep the roots of family lie and how strong they are. When faced with the loss of his wife and, therefore, the loss of the family life that he once knew, Isaac seems to go through a process of replacing this life. He finds a new wife and starts a life with her that, at times, doesn’t seem to have room for the children he already has. He is so wrapped up in his new relationship that he doesn’t realise what his children are going through, despite it being right under his nose. At one point, he even divulges how he believes “life was telling him, Out with the old and in with the new” (77%). We are repeatedly told that Isaac believes he has been given a second chance to be a good person and good family man. This urges us to question the concept of family, as we are faced with the idea that it can breakdown, evolve and even be replaced entirely.

One thing I struggled with in this book was that there are a number of moments that I found hard to believe. There are a couple of actions undertaken by FBI Agents Faith and Noah that I found problematic, including instances of police brutality and withholding information. I also found the speed at which Isaac got over Ramie, began his new relationship and fell in love again difficult to believe. Admittedly, all of these things could and probably do happen but I did take issue with them and found it difficult to believe that so many questionable activities could happen within one family or ‘storyline’.

Overall, I did enjoy this book. As I mentioned before, I thought the structure was expertly thought-out and transferred onto the page. I was also happy to see some diverse representation within the novel as there were quotes about gender that had me smiling as well as characters that introduced issues of race and sexuality. The ending of the book has left me enthusiastic to find out what happens next and I am looking forward to starting the second and final book in the series, Life After Death, in the coming weeks.

Have you read An American Family? Are you adding it to your TBR? Let me know in the comments below!

Disclaimer: I was contacted by Jackson Baer for an honest review of this book. This does not impact on my opinions in anyway as I strive to give my honest views on every book I read.

A 23-year-old Scottish girl with a passion for literature. View all posts by Belles-Lettres

6 thoughts on “Review | An American Family by Jackson Baer” 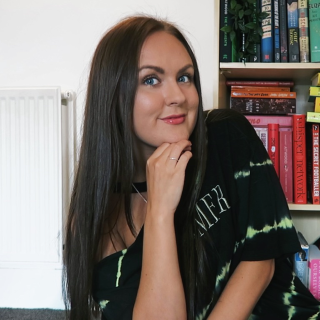 A 23-year-old Scottish girl with a passion for literature.